Being Woke Is Not Enough

Black Americans in their ongoing fight against racism and social injustice have used the term “woke” throughout key moments of history. First used in the 1940s, the term “woke” has resurfaced in recent years as a concept that symbolizes awareness of social issues and movements against injustice, inequality, and prejudice.

One Urban Dictionary contributor defines woke as “being aware of the truth behind things ‘the man’ doesn’t want you to know”. Years after the term was created, on June 14, 1965, at Oberlin College Martin Luther King Jr, gave a commencement address called Remaining Awake Through a Great Revolution:

“There is nothing more tragic than to sleep through a revolution […] The wind of change is blowing, and we see in our day and our age a significant development […] The great challenge facing every individual graduating today is to remain awake through this social revolution.”

As I observe today’s culture/society there’s no shortage of social injustices all around us that we are being awakened to. But whether it’s the continuing cause of fighting racism or other social, political, or cultural issues just being aware of them is not enough.

For me, I’m woke to and keenly disturbed by the injustices that I see in the US healthcare system. In just one of many examples I can provide, approximately 3,900 US hospitals have a “nonprofit” status that allows them to avoid paying taxes. These “nonprofit” hospitals with tax exempt status are supposed to be using those tax dollars to lower healthcare costs and provide free care for those who can’t otherwise afford it. But we are all woke to the fact this is not what is happening.

In Marni Jameson Carey’s Medical Economics Review article published in January of 2020 she does a nice job of exposing by way of examples the ludicrous misappropriation of “non-profit” hospital revenues. To highlight just one of particular egregiousness, you have Atrium Health System, in Charlotte, NC, holding $52 million dollars in an offshore account in the Cayman Islands. They actually disclosed it on their 2017 990 tax form. 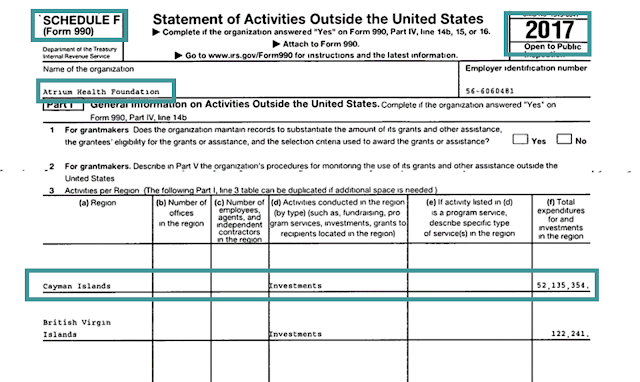 With more than 50% of US bankruptcies being due to medical bills I can’t help but wonder how many of the 2,825 bankruptcies in North Carolina in 2021 were because of medical debt that could have been alleviated by Atrium’s hidden surplus of $52M.

And it’s not just the non-profit hospitals, the BUCAH carriers are culpable too. Blue Cross, United, Cigna, Aetna, Humana are all lobbying for the continuance of a system rife with injustice. Blue Cross Blue Shield alone spent $25M on K-street last year and I guarantee the lobbying that was done in Washington was not for your financial or health benefits.

I could go on with example after example of the financial injustices in the healthcare system but I really don’t have to. If you’re reading this blog right now you yourself, or a family member, friend or co-worker who you know have all at one time or another been taken advantage of by the government regulated policies of hospitals and insurance companies that have caused you financial duress.

But as I stated with the title of this blog, just being woke to this non-sense is not enough. These laws, policies and injustices are all predicated on the idea that you’re too dumb or lazy to do anything about it. But I personally don’t believe that. I believe that a healthcare revolution is brewing. I see it and I can feel it. Whether you’re one of the 3,000 Revolt Healthcare clients who have spent $10M over the last 32 months on a health indemnity plan or whether you’re a savvy physician who is adopting the direct primary care model you are apart of a revolution to take back control of our country from a corrupt and literal healthcare cartel that is colluding against you.

Open enrollment is only a few months away. Being woke is not enough…do something different with your money this year. Your money is the only thing enabling them to continue the injustice.

Being Woke Is Not Enough

Black Americans in their ongoing fight against racism and social injustice have used the term “woke” throughout key moments of history. Firs...

Mark Geiger
As a Kinesiologist, I have a passion for teaching and helping others improve their health. As an owner and Managing Partner of the Revolt Healthcare Alliance, I'm committed to reforming the U.S. healthcare system, so that it works for all Americans. I'm also an author who’s been published as a regular and guest contributor for prominent publications distributed regionally and nationally.